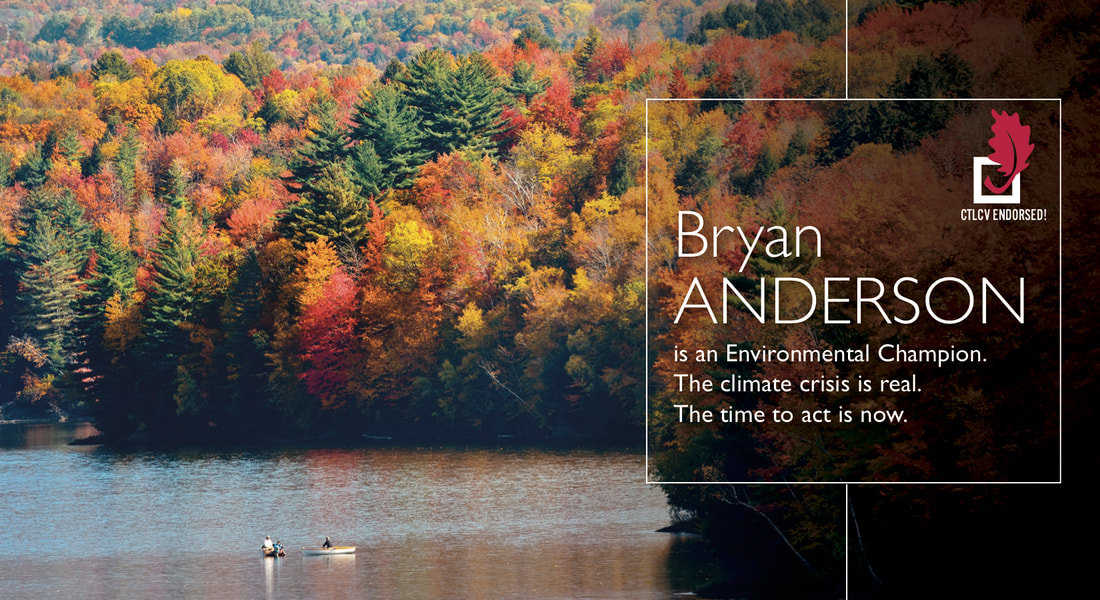 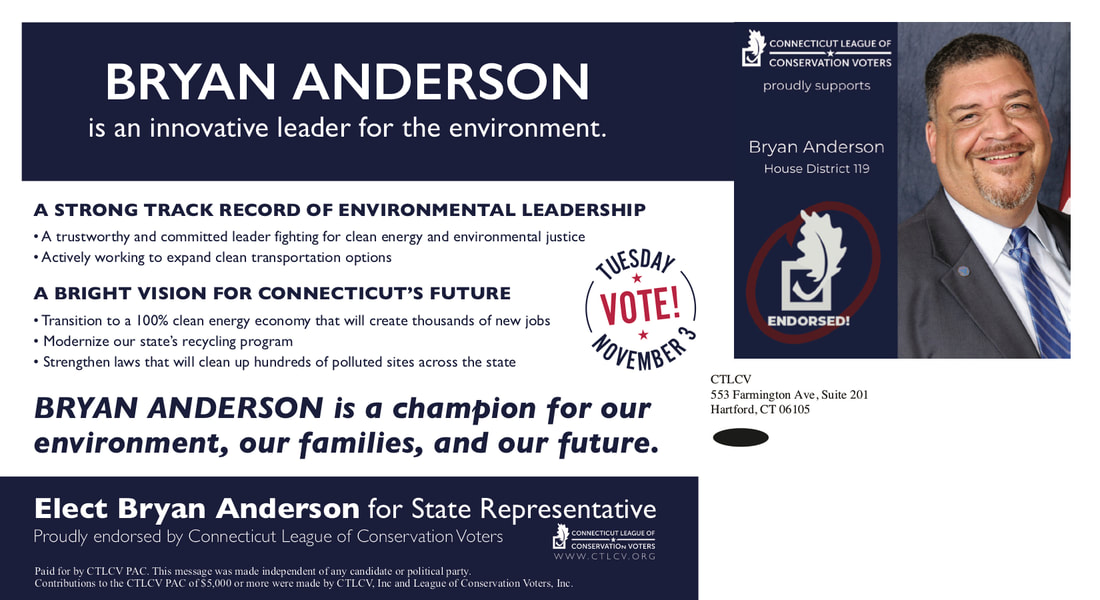 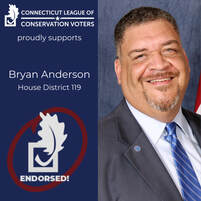 In local politics, Bryan Anderson created an official position within the City Parks Department that developed public programs and events, providing a new level of environmental awareness and resources. In Milford, he helped create an Open Space and Natural Resources Management position to address local concerns and environmental protection.  He organized a ban on single-use plastic bags at the local level before this was taken up at the state legislature.  He helped to ban commercial trucks weighing more than 15,000 pounds from overnight parking on residential streets, which addressed citizen’s concerns over leaking fuels and harmful chemicals into watershed areas.
​
“Bryan Anderson grew up in a home built on a closed landfill, where a nearby factory compromised the air he breathed as a child,” said CTLCV Executive Director Lori Brown. “Bryan understands the risks that residents face as pollutants threaten their drinking water, their air, and their health. He is determined to advance environmental legislation to protect his community and ensure that everyone has a safe, healthy place to live.”
Bryan Anderson successfully fought for our State’s original landmark recycling law decades ago, known as the Bottle Bill. He is fully committed to updating the Bottle Bill and will fight for policies to increase recycling, reduce trash, and relieve the waste management crisis that is impacting our municipalities.  His experience working at the legislature and his extensive network of environmental leaders will be a significant advantage in furthering legislation in all areas.

In sharp contrast to Bryan Anderson’s pro-environment, pro-health advocacy, the incumbent he seeks to replace has a disappointing track record on environmental legislation.  Representative Kathleen Kennedy voted against strengthening Connecticut’s bottle bill, against providing climate change education in schools, and against restricting the toxic cancer-causing chemicals known as PFAS that are polluting our drinking water.

“The residents of Milford and Orange deserve a stronger leader on these issues to represent them in Hartford, and Bryan Anderson is that person,” said Brown.