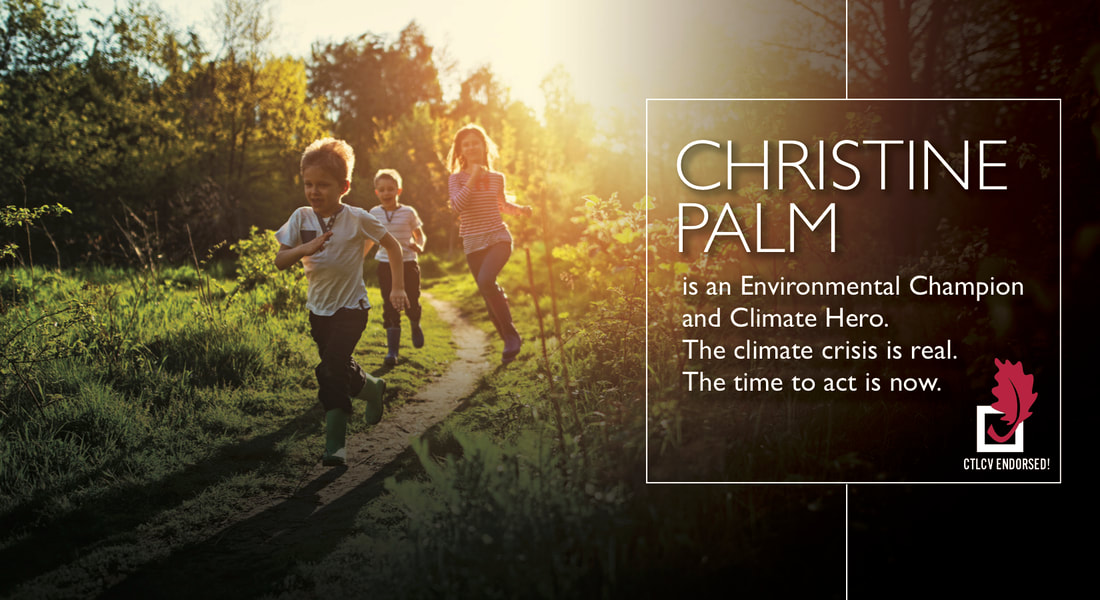 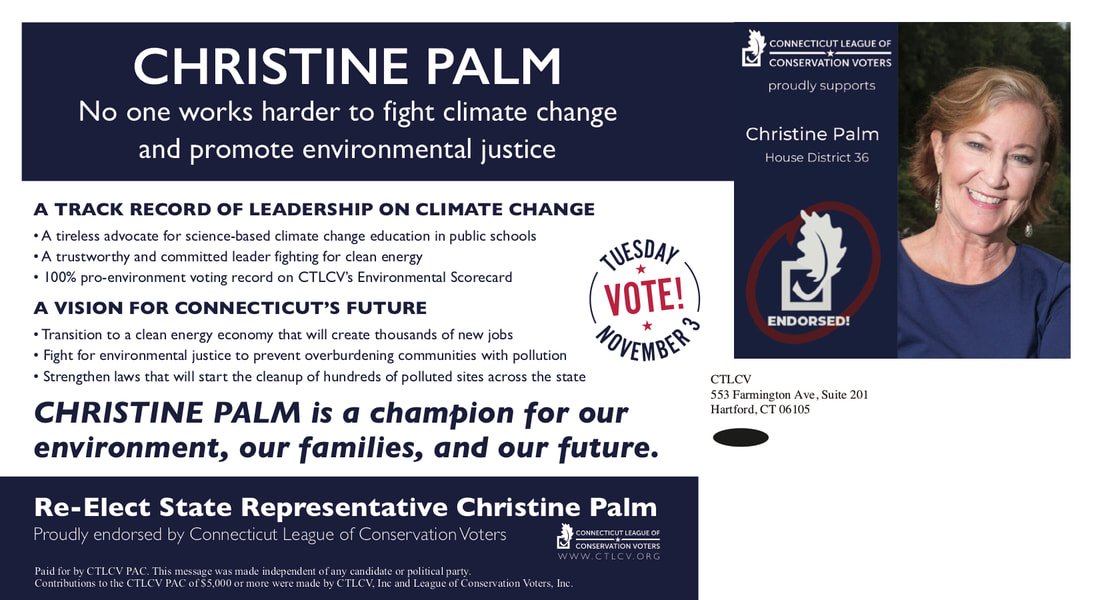 Hartford, CT – The Connecticut League of Conservation Voters (CTLCV) has endorsed Christine Palm (D) to represent the 36th House District. Prior to her first term representing the District, she worked for the General Assembly’s Commission on Women, Children, and Seniors, a group that advocates for policies that enhance the safety and economic security of these three under-represented populations. She lives in Chester.

Christine Palm serves on the Legislature’s Environment Committee and received a 100% rating on CTLCV’s Environmental Scorecard. In her freshman term, 2019, Christine Palm introduced legislation to require climate change education in public schools and to ban commercial seismic surveying and drilling off the Connecticut coastline. Christine Palm also co-sponsored bills that would ban harmful and toxic chemicals, including toxins like per- and polyfluoroalkyl substances known as PFAS, which are known carcinogens and have been linked to reproductive and immunological effects, and the pesticide Chlorpyrifos.

“We are thrilled that in her first year at the legislature, Christine Palm earned the designation of CTLCV Environmental Champion,” said CTLCV Executive Director Lori Brown. “Her priorities highlight the needs of her District and would broadly benefit the entire State. We need leaders like Christine Palm who listen to science and the residents she represents.”

Christine Palm has advanced climate change as a priority in the legislature and has invested time listening to residents of Chester, Deep River, Essex, and Haddam during her freshman term, and has quickly risen as an unstoppable leader for the environment. She is committed to transitioning to a clean energy economy that will lead to good-paying sustainable jobs for Connecticut’s workforce. She believes in building broad and diverse coalitions to transition to a 100% clean energy economy.

An important priority on her 2021 agenda will be updating Connecticut’s recycling law, known as the Bottle Bill, which will modernize existing deposit programs for beverage containers and further reduce waste and increase recycling efforts in Connecticut.

A complete list of all of the candidates endorsed by CTLCV for the 2020 election can be found on our website.
CTLCV.org
​
This information is paid for by the CTLCV Political Action Committee. This message was made independent of any candidate or political party. Contributions to the CTLCV PAC of $5,000 or more were made by CTLCV, Inc. and League of Conservation Voters. Additional information about the CTLCV PAC may be found on the State Elections Enforcement Commission's website (ct.gov/seec).
"Paid for the CT League of Conservation Voters PAC (553 Farmington Ave, Hartford CT 06105) and not authorized by any candidate or candidate's committee."
CTLCV protects our environment by working with elected leaders to preserve a safe and healthy environment for the public good. | Privacy Policy
© 2008-2021 Connecticut League of Conservation Voters 553 Farmington Avenue, Suite 201, Hartford, CT 06105 | 860.236.5442 | ctlcv@ctlcv.org