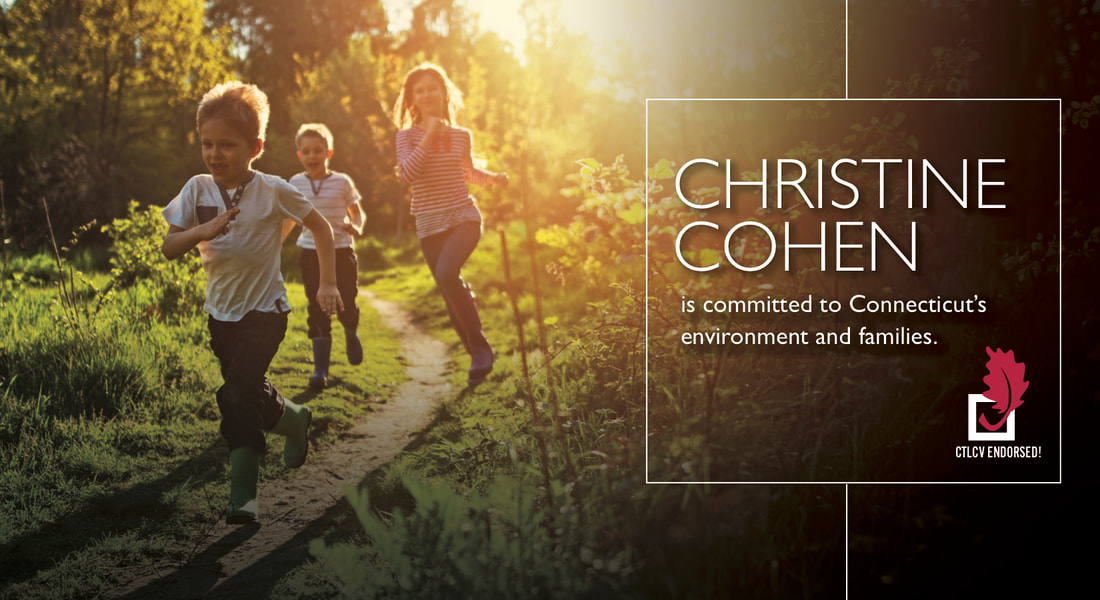 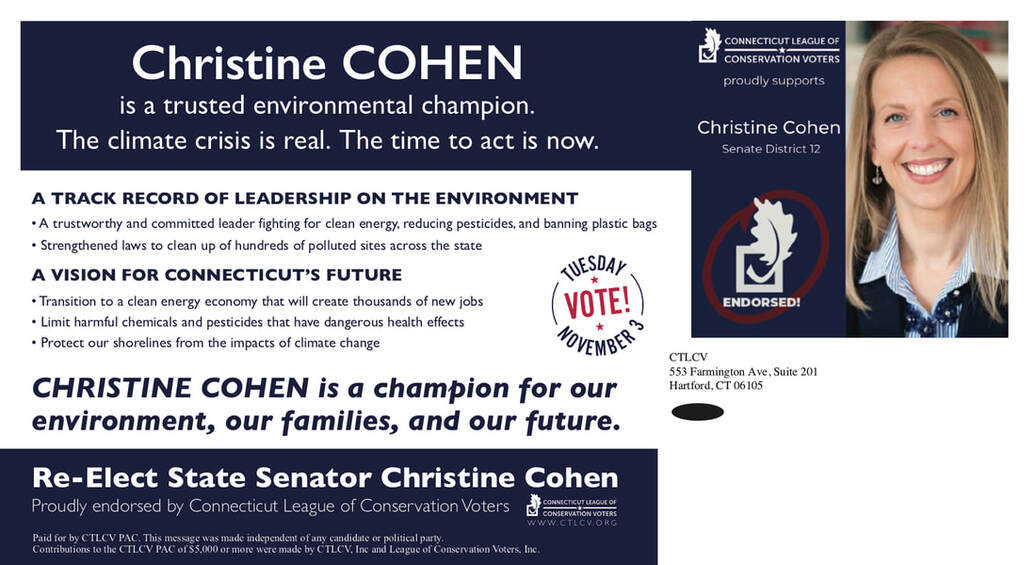 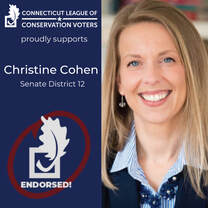 In her 2019 freshman term, Christine Cohen was appointed Chair of the Environment Committee. She immediately adopted ambitious action to pass a Statewide ban on single-use plastic bags. Despite fierce opposition against the plastic bag ban, Christine Cohen was instrumental in the legislation passing and going into effect last year. She has also fought to advance environmental justice legislation and update the State’s Transfer Act to clean up polluted sites. Christine Cohen has demonstrated a strong pro-environment voting record, earning 96% on CTLCV’s Environmental Scorecard.
​
“When we endorsed Christine Cohen in 2018, we knew she’d be an environmental leader,” said Lori Brown, CTLCV Executive Director. “What we didn’t know is how fully she’d embrace her role as Chair of the Environment Committee, and how critical her leadership would be in passing the plastic bag ban. The legislation has resulted in an 80% reduction of single-use plastic bags, which use fossil fuel to be created and often end up in waterways and as litter. She has earned CTLCV’s endorsement because she has quickly become one of the strongest advocates for environmental legislation in Connecticut.”

An important priority on her 2021 agenda will be updating Connecticut’s recycling law, known as the Bottle Bill, which will modernize existing deposit programs for beverage containers and further reduce waste and increase recycling efforts in Connecticut. Christine Cohen has been an ally to CTLCV, and her continued work will be critical for environmental protection Statewide, particularly in the 12th District towns of Branford, North Branford, Durham, Guilford, Killingworth, and Madison.
​
CTLCV endorsements are based on candidates’ track records on key environmental issues, their responses to a Survey on the Environment, and an extensive interview via Zoom. CTLCV is a bipartisan, statewide, non-profit organization dedicated to protecting Connecticut's environment by making it a priority for our elected leaders. We work in concert with Connecticut's environmental advocacy groups to identify and highlight important bills impacting our air, water, wildlife, open space, climate, and our health, and hold legislators accountable for their votes in our annual Environmental Scorecard.
A complete list of all of the candidates endorsed by CTLCV for the 2020 election can be found on our website.
CTLCV.org