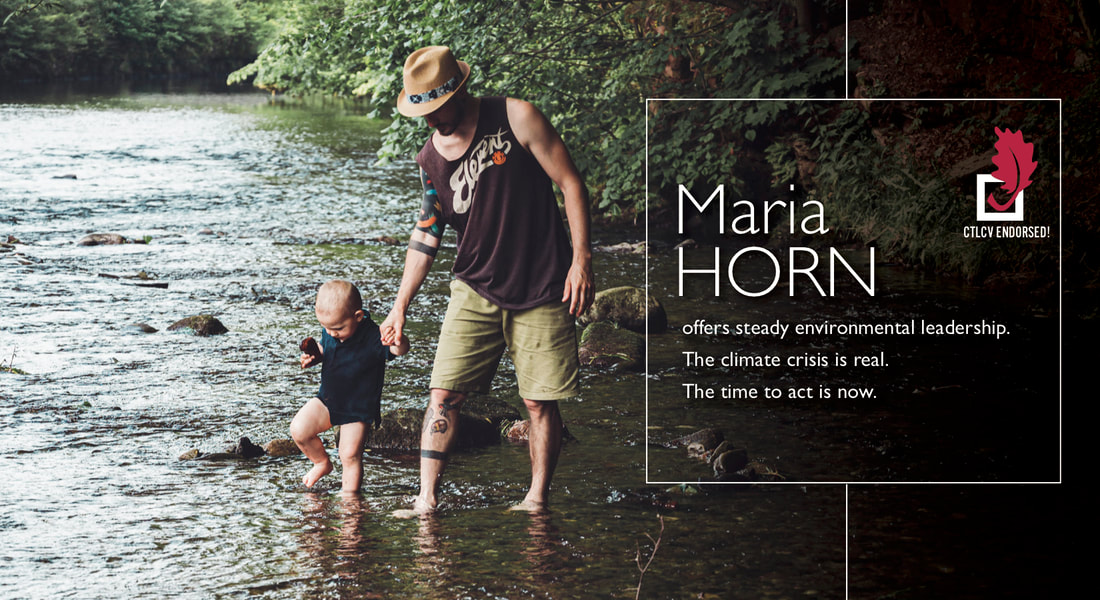 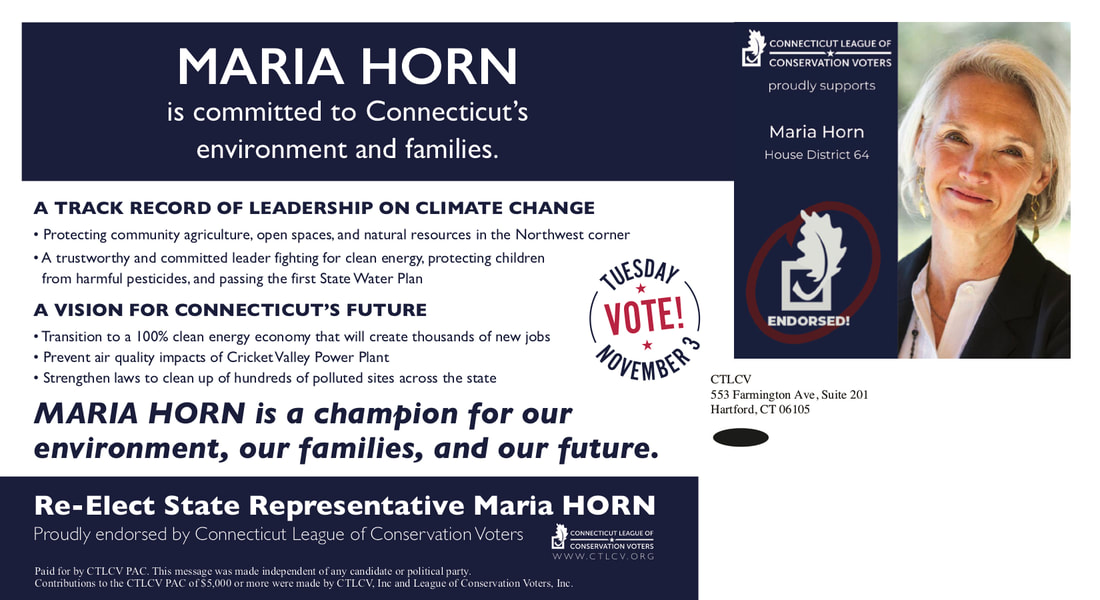 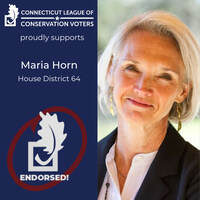 Hartford, CT – The Connecticut League of Conservation Voters (CTLCV) has endorsed Maria Horn (D) to represent the 64th House District. A resident of Salisbury, Maria Horn is an accomplished lawyer who has represented the District since 2018. She earned a 97% score on CTLCV’s Environmental Scorecard and is a member of the Legislature’s Environment Committee.

In her freshman term, 2019, Maria Horn listened to residents’ concerns about the loss of open spaces and farmland to development. In response, she worked on legislation (SB 1063) to create a task force to improve farmland availability for first-time farmers. Maria has fought hard to protect Community Investment Act Funds, which significantly supports dairy farms and open space. Earlier this year, Maria initiated legislation (HB 5345) to decrease the amount of time it takes to preserve our State’s most valuable farmland from development.

Residents of Connecticut’s northwest corner have seen increasing threats to rivers and lakes throughout the District, from drought to polluted runoff.  Maria Horn is invested in protecting water and residents from harmful toxins, like per- and polyfluoroalkyl substances known as PFAS. PFAS are known carcinogens and have been linked to reproductive and immunological effects. Maria Horn is determined to better regulate these chemicals in Connecticut to provide a safe, healthy environment that people deserve.
When residents expressed concern over potential air quality issues with the construction of New York’s Cricket Valley power plant, Maria Horn pushed legislation to provide air quality monitoring in towns throughout her District. Through her effort, funding was possible for municipalities to gather baseline air quality data prior to the power plant opening. She has demonstrated a commitment to protect the communities in her district against out-of-state pollutants.

Maria Horn has worked tirelessly on revising the Bottle Bill, which will upgrade the existing deposit program for beverage containers and further reduce waste and increase recycling efforts in Connecticut. Starting in the 2019 Legislative Session, Maria has supported efforts to advance the Bottle Bill, and proponents are counting on her to continue this important work in the 2021 Legislative Session.

“Maria Horn has listened to the people she represents and has shown a solid commitment to environmental concerns,” said CTLCV Executive Director Lori Brown. “Her work to advance environmental legislation at the Capitol is giving residents in her District better protections for its natural resources and against pollutants. Her re-election will continue to benefit her District.”

CTLCV endorsements are based on candidates’ track records on key environmental issues, their responses to a Survey on the Environment, and an extensive interview via Zoom. CTLCV is a bipartisan, statewide, non-profit organization dedicated to protecting Connecticut's environment by making it a priority for our elected leaders. We work in concert with Connecticut's environmental advocacy groups to identify and highlight important bills impacting our air, water, wildlife, open space, climate, and our health, and hold legislators accountable for their votes in our annual Environmental Scorecard.
A complete list of all of the candidates endorsed by CTLCV for the 2020 election can be found on our website.
CTLCV.org
​
This information is paid for by the CTLCV Political Action Committee. This message was made independent of any candidate or political party. Contributions to the CTLCV PAC of $5,000 or more were made by CTLCV, Inc. and League of Conservation Voters. Additional information about the CTLCV PAC may be found on the State Elections Enforcement Commission's website (ct.gov/seec).
"Paid for the CT League of Conservation Voters PAC (553 Farmington Ave, Hartford CT 06105) and not authorized by any candidate or candidate's committee."
CTLCV protects our environment by working with elected leaders to preserve a safe and healthy environment for the public good. | Privacy Policy
© 2008-2021 Connecticut League of Conservation Voters 553 Farmington Avenue, Suite 201, Hartford, CT 06105 | 860.236.5442 | ctlcv@ctlcv.org