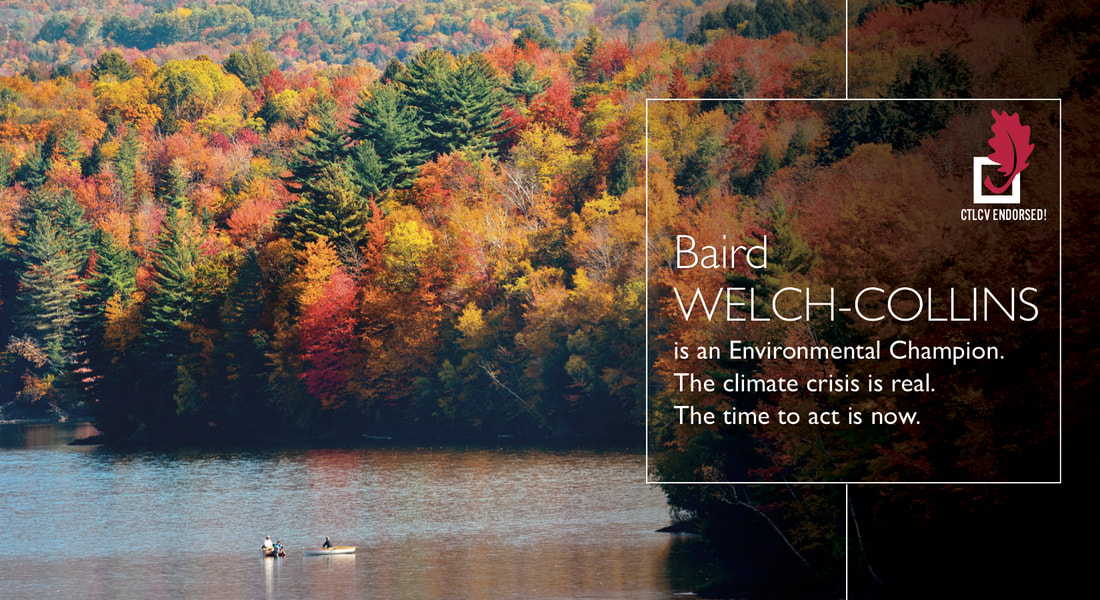 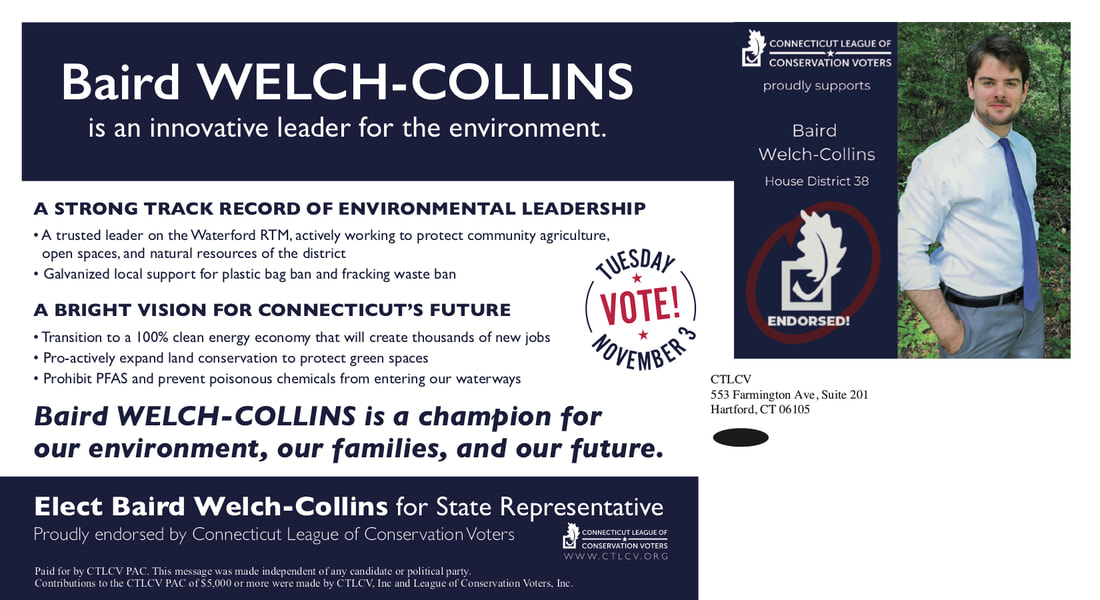 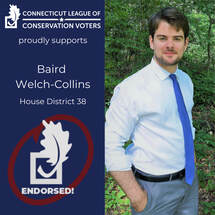 Through a variety of responsibilities serving the Waterford town government, he demonstrated leadership on environmental priorities. He most recently served on the Waterford Flood and Erosion Control Board, where he took action on the pollutants threatening the streams and rivers in the region. While serving, he initiated legislation to ban fracking waste and galvanized support for a local single-use plastic bag ban.

“Baird has already shown powerful leadership at the local level, where he fought for a municipal ban on both single-use plastic bags and on fracking waste,” said CTLCV Executive Director Lori Brown. “Baird has shown ongoing support for open space and land conservation. He has been a strong advocate for a clean energy economy and for sustainable development. He leads by example and is certain to become a champion for Connecticut’s families and the environment.”

Baird Welch-Collins has a record for prioritizing open spaces and aims to protect the green spaces in the District. He is passionate about sustainable land management, updating our outdated transportation system, and adopting the best land use practices.
He understands the important role that Millstone Power Plant has played in the District, and he wants to take an active role representing the District as the future of the plant is discussed. He understands how complex the future of the plant can be, and he wants to be at the table to represent the residents in his District to guarantee that their voices are heard. He is committed to transitioning to a Green energy economy, which will create thousands of new jobs. He also recognizes the threats that Southeastern Connecticut’s waterways face with pollutants and toxins, and his commitment to protecting drinking water runs deep. Many residents in Montville and Waterford have already seen Baird Welch-Collins’ leadership at the local level, and know he will be a highly capable Representative for the District’s unique needs.

“Baird Welch-Collins has served as a strong voice for neighbors in his District,” said Brown. “He understands the challenges that they face, and he is committed to creating thousands of new Green jobs to help both workers and Connecticut’s clean energy future. Baird is passionate about serving his community, and he will make an excellent Representative. The District deserves a strong leader like him.”